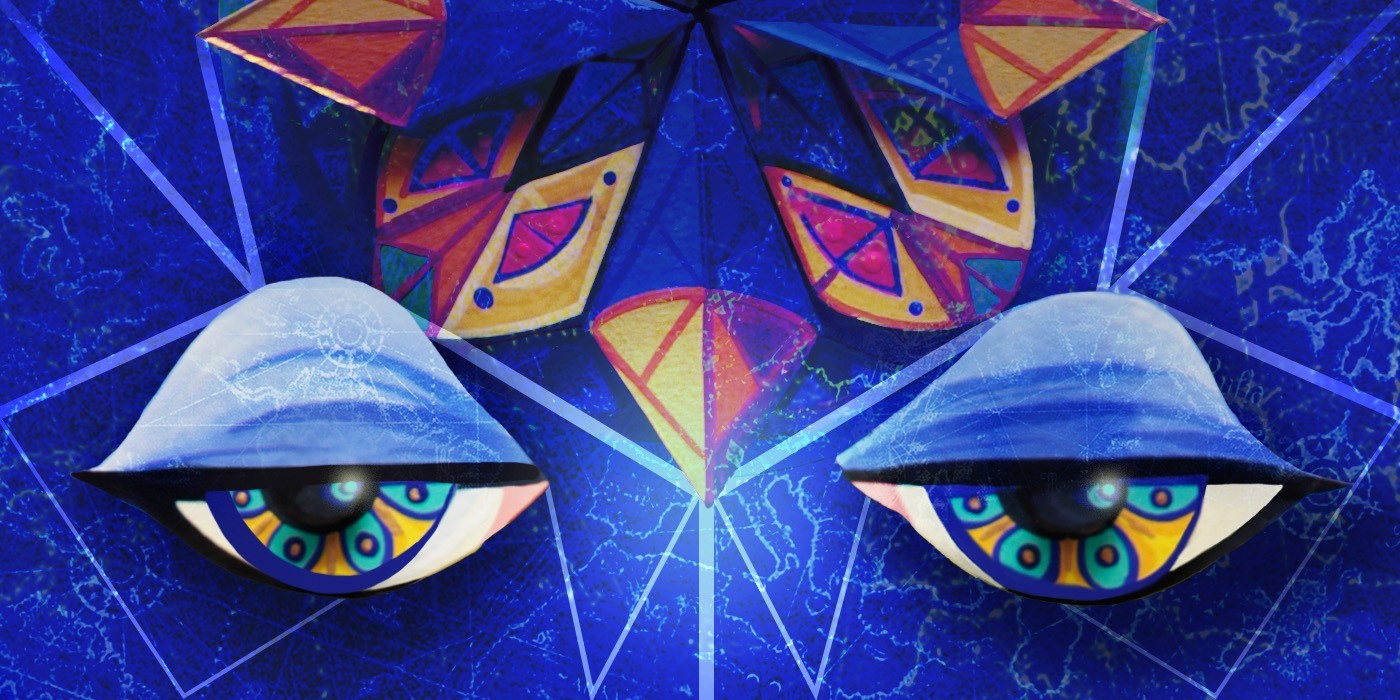 The visionary Romantic poet William Blake invites us “To see a World in a Grain of Sand”––to see in the sand that which is more than the sand; the universal in the particular. Buddhism offers a similar invitation, to look at a wave and see the entire ocean in it; to look at a tree and see our own lungs in it.

Likewise, if we look at any particular vision––whether the colours and forms we perceive with our naked eyes; the distant planets and minuscule particles we glimpse through our technology; the maps and models we construct to understand and orient ourselves in the world; or the works of art we create to engage what is most human and more than human in us––we can see something larger: a portrait showing who we are as human beings and the broader context of which we are all a part.

Through our visions we attempt to bring reality into view, into focus, to make it intelligible. Our eyes, of course, do this by transmitting and converting the visible spectrum of light into neuronal signals, which we then experience as colour. Medical specialists use imaging technology to perceive internal abnormalities and to perform complex internal operations blind. Data analysts turn complex sets of information into graphs and other visual aids to make sense of that information. Poets use rhythm and rhyme to point to what is in front of our eyes but often goes unnoticed, helping us “to recover the sensation of life,” as Russian literary theorist Viktor Shklovsky writes, “to make the stone stony.”

Our visions also express our inexhaustible human drive to go beyond reality, or at least beyond our present understanding of it; in the words of a Star Trek captain, “to go where no one has gone before.” Einstein leapt beyond Newtonian physics by envisioning himself facing backward while traveling forward on a beam of light. African-American artist Kara Walker sets black-paper silhouettes against a white wall to reveal and challenge stereotypes around race and gender. Visions of a society where women could drop their vote into a ballot box, where black children and white children could “join hands… as sisters and brothers,” where two women or two men could exchange rings in marriage, have galvanized the women’s suffrage and civil rights and LGBT movements, just as visions of mass deforestation and melting glaciers are challenging our current civilization to change its relationship to the planet.

Our visions have their limits. As the painter Rene Magritte reminds us, a painting of a pipe is not a pipe. Our visions are always renderings, representations, not reality itself. Much of reality also lies beyond our line of sight. Cosmologists theorize that 95% of our universe is composed of “dark matter” that cannot be seen even with the help of instruments. Freud theorized a human “unconscious,” where aspects of our identity elude our awareness. Furthermore, as much as our visions can widen our perspective or lead to insight, they can close off possibilities or lead us astray as well. In literature, the sighted are often blind and the blind the ones who see, as in Oedipus Rex, where King Oedipus fails to see the truth revealed to him by his blind prophet, Tiresias: that Oedipus has murdered his father and married his mother. To a certain extent all ways of seeing blind us to other ways of seeing. Guided but also limited by our own point of view, we often struggle to appreciate other points of view, underscoring our need to envision not only boldly but also humbly, to educate our visions, to envision better.

In 2015-2016, S.P.A.C.E invites members of the Dawson community and beyond from across the sciences and the arts to unleash their visions––breaking the spell of established ways of knowing, feeling and acting; initiating a new beginning, perhaps even a new logic; expanding perceptions and deepening sensibilities; re-inventing conceptual framings; devising innovative methods of experimenting, ways of producing and interpreting data––all, ultimately, to better comprehend the here and now, and to surpass it. Share and discuss your visions through the SPACE web magazine, exhibitions and events, and discover the realities and possibilities such visions may reveal. Click on this link to apply to the VISION(S) EXHIBITION (deadline to apply: March 4).