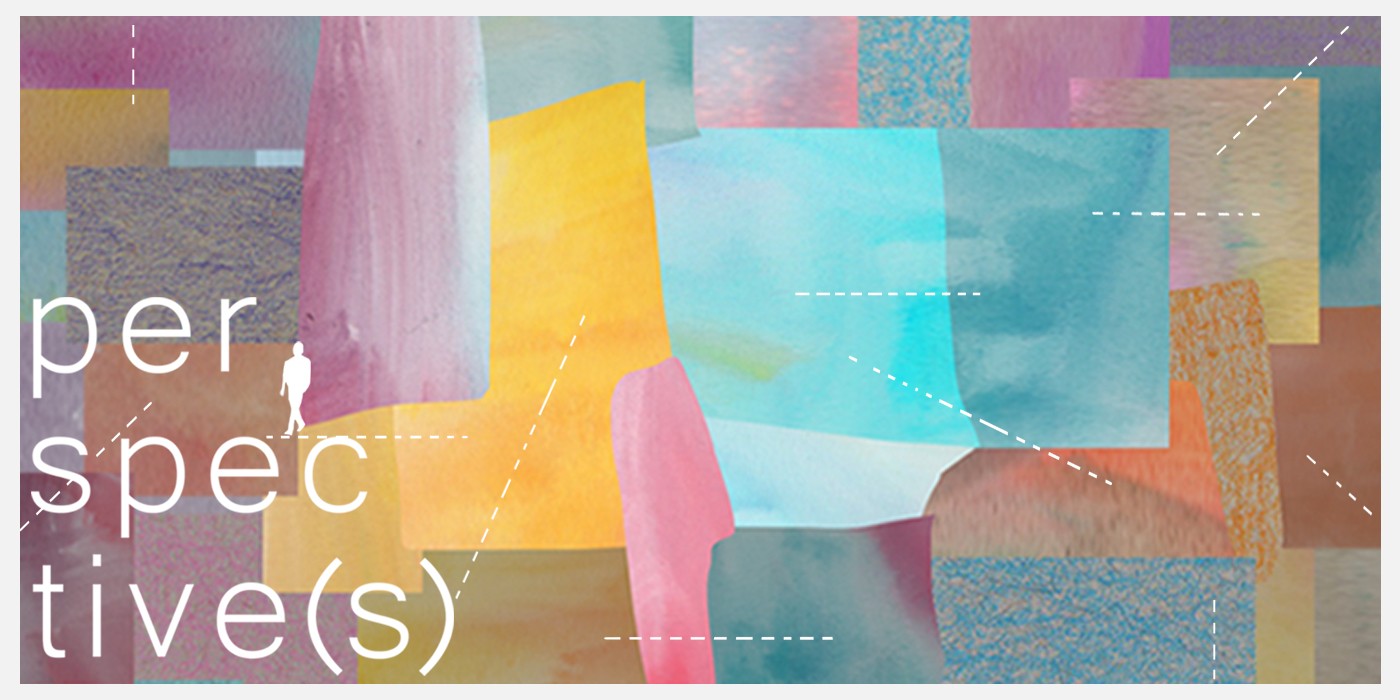 What is a “perspective”? By one definition it is a vantage point; what we perceive because of where we’re standing in relation to the world around us. For instance, if we are looking at the earth from outer space, as in the famous “Pale Blue Dot” photograph of our planet—or perhaps from the point of view of Sky Woman falling towards Turtle Island[1]—our perspective is different than it is looking at the earth from the sidewalk outside of Dawson College in Montreal. Scientists and artists alike have explored this notion of perspective for millennia, from Ancient Greek astronomers who sought a cosmological perspective on our place in the universe to Italian Renaissance architects, artists and theoreticians who developed “linear perspective” (the illusion of depth on a flat surface) to Einstein’s thought experiment of standing looking backwards on a beam of light which helped him formulate his theory of relativity.

By another definition, a perspective is a particular lens, filter or framework that shapes, and even constructs, our perception and understanding of the world. These perspectives could be quite literal—e.g. a microscope; a telescope; our eye; the neural pathways that run from our eye to our brain where those signals are translated into perceptions and given meanings. They could also be more figurative—e.g. individual disposition, family dynamics, cultural attitudes, socio-economic status, religious beliefs, conceptual frameworks, stories, paintings, songs, and so on. Perspective in this sense has long been explored across the academic disciplines as well, from the teachings by many Indigenous Peoples in North America that the earth is our mother and that we as her children have both a responsibility for her and a dependence on her to the advent of non-Euclidian geometry by mathematicians to the attachment theories worked on by psychologist Mary Ainsworth to the feminist poems of Emily Dickinson to the design of city green spaces to transdisciplinary frameworks that seek to regard our human intellectual enterprise as a whole, all the way to the videos beamed back to earth by NASA’s Mars rover.

A new perspective may arise from a sense of wonder, an urge to break through limits, a jolting experience of the unexpected, a thought experiment or even a dream. What can we gain by accepting such invitations to explore perspectives? Can we have fun? Can we open new windows and horizons in our understanding? Can we bridge fields of study? Can we, as Muhammad said speaking to the different tribes and peoples of the Quran, come to better know one another? In the words of anthropologist Ruth Benedict, can we help “make the world safe for human differences?”[3] Can we find our way to a more sustainable future?

[1] According to many Indigenous Peoples in North America, the creation of earth began with a being named Sky Woman falling out of the sky towards the back of a turtle. The turtle eventually becomes Turtle Island, also known as North America.

[2] The philosopher Friedrich Nietzsche in Human, All Too Human: “He is called a free spirit who thinks differently from what, on the basis of his origin, environment, his class and profession, or on the basis of the dominant views of the age, would have been expected of him.”

[3] This quote is often attributed to Ruth Benedict, though no primary source for it is available.

[4] S.P.A.C.E. hosts a series of venues where participants can share their thoughts and work: informal gatherings, talks, contests, a web magazine, and an annual exhibition, all of which are open to students, faculty, support staff, alumni, and members of the wider community.

Click on this link to apply to the Perspective(S) Exhibition.