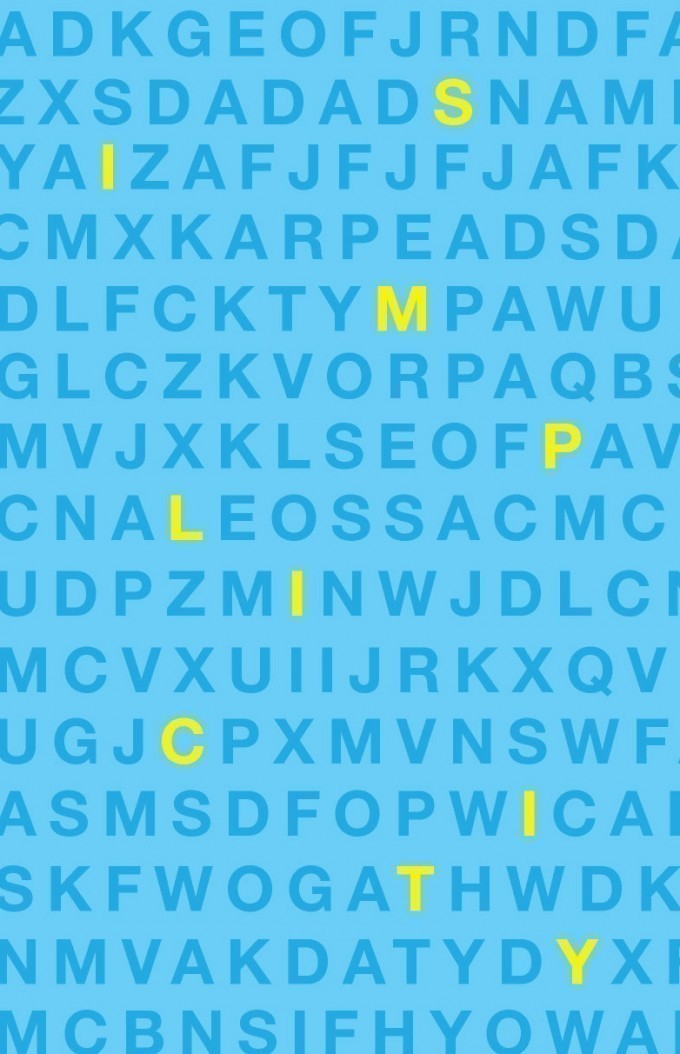 When hearing about a documentary film dedicated to a font, we may be reluctant to see its relevance and how it can speak to us. This 2007, independent documentary by Gary Hustwit shows us that Helvetica, ironically, has been speaking to us for our entire lives. According to the film’s website, “the film looks at the proliferation of one typeface (which will celebrate its 50th birthday in 2007) as part of a larger conversation about the way type affects our lives” . After seeing the film at Dawson's new theatre, my colleague and I decided to find out just how ubiquitous this typeface actually is. On St-Catherine’s street between Atwater and McGill we spotted a total of 38 store fronts, street signs, billboards and advertisements where Helvetica was featured.

How is it that Helvetica came to be used on both high voltage warning signs and in the American Airlines lettering? How is it that it appears on police vehicles and museum art posters? When examined up close, the utter simplicity of the font is almost laughable and has been criticized not only by the general public, but by many professional designers as boring, plain and flat. Yet its resounding popularity leads us to question how we respond to it semiotically and culturally as human beings and just why it pops up on every street corner. It must be around for a reason, right?

The film describes Helvetica as the product of an incredibly meticulous process. It was created in the Haas type foundry of Switzerland in 1957 by Max Miedinger and Eduard Hoffmann. Helvetica emerged out of a modernist way of thinking where practicality, function and clarity ruled. This synchronized perfectly with the rise of corporate activity in the 1960s and with a resounding need for profit-oriented communication and marketing. Helvetica was created not simply as a set of letters; its purpose was to be an emblem of efficiency, perseverance and professionalism. (It is no surprise that the name Helvetica originated from the Latin word Helvetia, meaning Switzerland.) Despite its modernist ideals, Helvetica’s ethos is first and foremost communication, which contributes greatly to its wide-spread application in many different milieus. The movie argues that a “push and pull” between functionality and aesthetics adds intrigue to the typeface.

Almost everyone is guilty of taking fonts for granted. We merely double click the polished MS Word icon and voila!...over 50 fonts at our finger tips that we can use to doctor the way our text is perceived. Almost all of the fonts we use today were created in the pre-digital era; this was no easy task and it sometimes took years to create a full typeface family. The process involved the typographer first designing a set of letters on paper, then testing every possible permutation of letters, numbers and punctuation to have uniform letter spacing and aesthetic functionality. Letters were then carved manually into lead alloys, each letter of the alphabet diligently crafted into a small piece of metal. The process was repeated on different size metals for various type sizes. To print books, each letter had to be placed manually. You can imagine how long it would take to print a 500-page book. Such a labored process in our digital age is almost inconceivable.

The most interesting fact about typography is that it reflects the culture around it at the time of its creation. A typeface absorbs the ideals, desires, fears, hopes, aspirations, chaos and calamity of a people and channels it into a uniform design. These characters are not merely letters and numbers, but relics of past societies.

The main criticism of the Helvetica font is its simplicity. However, this simplicity is the result of complex and profound thinking. One could say that the graceful and enduring truths of life take complexity and distill it into a form that is easy to grasp. Nearly every scientific principle and theory is the result of this process. Perhaps Helvetica's charm derives not only from its functionality, but from its aesthetics of simplicity. It embodies humanity's quest to simplify things to an elegant form that we can observe and enjoy.

To hear many other professionals philosophically, aesthetically and comically examine Helvetica, I strongly recommend watching this film.