In recent decades, including in just the last few years, technology has progressed at a staggering rate, paving the way to a more efficient and innovative society. However, what has been the impact on individuals of our technological advancement? In E. M. Forster’s short story “The Machine Stops”, by use of extensive imagery, Forster depicts a dystopian society that has been dominated by “The Machine”, the higher power worshipped by all. This short story follows a boy and his mother with two different perspectives on reality, with one of them willing to risk everything to regain control of their own life and help others in the process. In Forster’s portrayal, overdependence on technology affects every aspect of human life and can result in irreparable physical, psychological, and social damage. 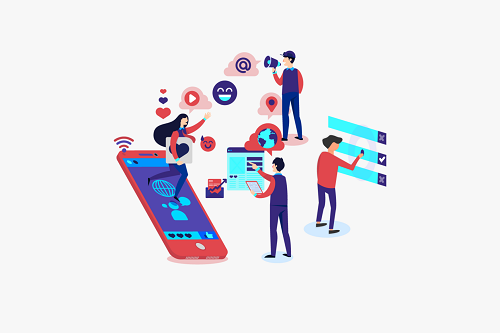 To begin, physical movement plays a fundamental role in our health and well-being. Physical activity in any form is essential to maintaining a healthy lifestyle. Without physical activity, there comes risks of heart diseases, strokes, and various cancers. When speaking of physical activity, we think about running and sports. While high impact activity is very beneficial, routine movement such as walking around your house is just as important. In “The Machine Stops”, the narrator describes Vashti’s room in a way that conveys the minimal amount of effort needed in everyday life:

The previous excerpt shows how technology can reduce physical movement, in this case, to a large extent. We can compare this to our modern day “Uber Eats”. In theory, it is quite simple to leave your house, get in the car (or walk / bike) and pick up your own food. However, our generation has become accustomed to the luxury of instant gratification without movement. We have been brainwashed to think that the limited amount of movement we do is completely normal. Like most people, Vashti has a routine. “Then she fed, talked to many friends, had a bath, talked again, and summoned her bed” (Forster 4). The word “summoned” in the phrase makes the reader reflect on the privilege of people in this dystopian story.

While minimal physical activity results in physical consequences such as various diseases, there are also many psychological repercussions to technology. Technology can have a direct influence on our psychological well-being, and thus technological advancement holds the paradoxical potential to impact our mental health in a negative manner. “She had never known silence, and the coming of it nearly killed her – it did kill many thousands of people upright” (Forster 23). While the silence spoken of in this sentence is literal, it can be understood metaphorically. Vashti has yet to know a world in which she isn’t under the control of the machine, a world in which she is her own person, in complete silence. This is comparable to the plethora of social media outlets our generation utilizes. We have not lived in a world where our privacy was truly private. Social media has too often become a stressful environment where one wants to impress others while disregarding their own mental health. “It’s hum penetrates our blood, and may even guide our thoughts” (Forster 13). The Machine plants ideas in societies brain causing their mental health to decline, similarly to the way social media platforms bombard us with ideas that we are pressured into believing are our own. Ultimately, mental health is fragile and is often intertwined with isolation, which social media, ironically, can amplify.

Lastly, humans are social beings by nature. Therefore, limiting social interactions is a disservice to human evolution. When faced with isolation, one can begin to lack knowledge and make rash decisions they would not otherwise make. “At times a friend was granted Euthanasia, and left his or her room for the homelessness that is beyond all human conception. Vashti did not much mind. After an unsuccessful lecture, she would sometimes ask for Euthanasia herself” (Forster 20). Isolation has caused Vashti and her friends so much psychological damage that they were willing to leave the world without a second thought. Suicide in our modern era has become increasingly common and is sadly often due to mental illness. This mental illness can be derived from isolation. Therefore, socializing is imminent and should be encouraged. Socialization has become a burden to many people as technology progresses. We have been provided with so many tools that make the act of directly speaking to others obsolete. “The room, though it contained nothing, was in touch with all that she cared for in the world” (Forster 4). Vashti thinks she has everything she needs in that room. She can give her lectures, speak to her friends, command food. We currently have that same mentality. We can communicate with our friends and family at the touch of a button. All that we care for in the world including movies, people, and information is available to us wherever we are. Why would one leave one’s home if one can experience the same happiness by staying where one is? However, it is not the same happiness; indeed, we can only realize what happiness is when we start living in the moment and experiencing life the way it was supposed to be lived, among people.

To conclude, the consequences of humanity’s dependence on technology can be not only beneficial but also detrimental to society and individuals. The physical, psychological, and social aspects of technology such as, convenience, rash decision making, and isolation are portrayed in  a negative light in Forster’s short story, which suggests that overdependence on a “higher power” such as technology can be harmful in all aspects of human development. While some remain untroubled by this reality, I personally fear it. It would be gratifying to assume that in the future, technology will not propagandize us as a society and that common sense in terms of the preservation of healthy human interaction will prevail. However, certain technological advancements, from social media to more recently AI, continue to put this proposition to the test.