It’s midday at Dawson College, and my friends and I are eating lunch in Oliver’s. All of a sudden, my phone beeps as a notification pops up on its screen. Smiling, I pull out my earbuds and tune out of the conversation for a moment to watch something. But within a few minutes I’ve put down my phone and returned to interacting with the people around me. This kind of brief disappearance on my part is something my friends have become used to when a Skam season is airing, although they, like many people, do not entirely understand why the show is so important to me, and my fixation on watching a series over and over in different languages. 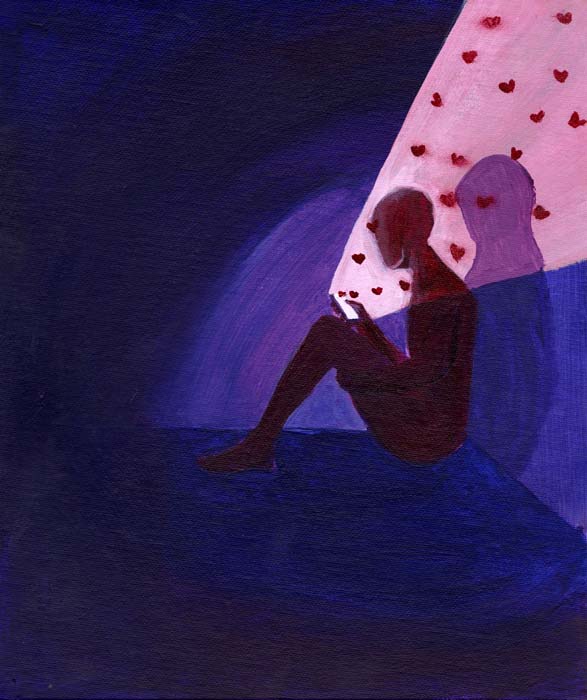 Skam is originally a Norwegian teen drama released by NRK (the public broadcaster in Norway) about students who attend Hartvig Nissen, a real secondary school in Norway. The show aired four seasons from 2015 to 2017, each with a different main character (but who all appear in each other's seasons), colloquially referred to as “mains.” Skam’s airing format is entirely unique; it was released in “clips” throughout the week, showing individual scenes in real time. At the end of the week, these clips would be compiled into an episode. For example, if the character was eating dinner on Monday at 6:05 pm, the clip would be released on Monday at 6:05 pm. Each clip begins with Skam’s now signature yellow timestamp that shows the day of the week and time. Additionally, each character in the series had an Instagram account where pictures and stories would be posted throughout the season, and the network would release screenshots of text messages between characters, offering complementary information on what the characters were doing in between scenes. In 2018, a host of other broadcasters in different countries began to acquire the rights to make remakes of the series in different countries. There are currently remakes in France, Belgium, Germany, the Netherlands, Italy, the United States, and Spain, and broadcasters in many other countries have expressed interest in making their own remakes. It is hard to know where to begin in order to explain Skam’s success, and how it became the international phenomenon that it did. However, I believe that unarguably two techniques that Skam has employed have lended themselves to the enormous impact that it has had: the unique storytelling format and the authentic portrayal of teenage life.

Skam is a Norwegian word that means shame. Each main has their own struggle and their own “shame” that they attempt to overcome throughout their season, and these often connect the show with viewers who have experienced similar struggles. In the original, the first season is about Eva, a girl who struggles with loneliness, discovering who she is as an individual, and the importance of friendship. The second season is about Noora, a girl who falls in love and who struggles with maintaining her morals and principles while being with someone who has different beliefs than her. Season three is about Isak, who struggles with internalized homophobia while coming to terms with his sexuality after meeting Even. Finally, season four is about Sana and her relationship with her faith as a Muslim teenager in Norway. The show also includes many other topics like mental illness, sexual assault, eating disorders, women’s empowerment, and more. Although the remakes sometimes make changes to the storylines, themes such as these are always at the forefront of Skam. One viewer that I spoke to, Juul, shared that “Skam made me feel accepted when I didn’t in high school. I understand myself and others better” and another that “The Muslim [representation] is … not perfect obviously but it literally means the world to me. Nowhere else can I find it done this well where Sana is a person and not a villain. How she talks about Islam … was just so spot on.” Particularly, Isak’s season connected with a lot of queer youth, and many individuals who I spoke to shared that his story helped them embrace their own sexuality or come out. Personally, I first watched Druck, the German adaptation of the show, because of their portrayal of the Even character as a transgender boy. As a queer trans man, I never saw myself in teenage relationships on screen growing up, and Druck was one of the first times that I did.

It is this realistic portrayal of teenage life that strikes so many about Skam. The dialogue and interactions of the characters seem refreshingly authentic in a world of TV shows like Riverdale. Julie Andem, the creator of the show, spent six months interviewing Norwegian teenagers before writing¹. As well, the actors are all teenagers themselves, something practically unheard of in Hollywood films where high school students are nearly always played by adults. Not only does their age add to their accurate portrayal of teenage characters, but it allowed Andem to consult the actors throughout the show as well. Often teenage dialogue written by adults can feel completely inaccurate, and Skam offered something that teenagers actually saw themselves in.

Despite the spectacular content, I believe that a big part of Skam’s success, as well as the incredible community of fans it has created, is due to the airing format. I watched the first three seasons of the original like any normal TV show, as they already aired, and so season four was the first time that I was able to be a part of the live clip-dropping experience. It is important to note that no version of Skam subtitles their clips, episodes and content in other languages, and so it is fans who subtitle the content within hours of it dropping and share it with the international community. It is hard to describe the feeling of being part of this online community during an airing season; after every clip there is a flurry of discussion, whether that be excitement, sadness, or simply theorizing about what will happen next. One fan, Lorra, shared that “The fact that we never know when a clip will drop is both nerve-wracking and incredibly exciting. You never know what you're going to get. It's absolutely revolutionary” and Juul that “As someone who loves film and innovative filmmaking I think the timed clips are interesting. It makes the wait shorter. Yet it feels way longer.” Juul also spoke about how the characters’ social media accounts further enhanced Skam’s storytelling, saying that “Giving characters social media fleshes them out as characters. You can see who they are on their own and how they present themselves to others.” Translators of the original would typically share translated clips through Google drive links, which earned the Skam fandom the nickname “the google drive fandom,” a testament to how integral this show’s format was to how it was appreciated by fans. Skam was originally simply created for Norwegian teenagers, but through the love fans had for the show and for sharing it with others who did not speak Norwegian, it grew into an international phenomenon with fans everywhere.

Through their usage of techniques such as releasing the show in clips and the dedication to telling a story about teenagers accurately, the creators of Skam created a television series that not only told a beautiful story, but also connected with fans on a deeper level. It is hard to quantify the impact Skam has had on those who watch it, but when I reached out to fans and asked what Skam meant to them, I received responses like “My world revolves around it” and “Truly everything a TV show can … mean to a person. It genuinely changed my life … that sounds fake but it’s true.” Lorra explained how the show had helped her come out as bisexual to her parents, and that she had “alt er love” tattooed on her wrist (an important line from Skam, meaning everything is love). Another fan, Sera, shared that “To me, Skam is … a story of hope, acceptance (and self-acceptance), and recovery. It’s a story where you can see yourself in the characters and find yourself through them and a realization that things will get better.” I cannot help but agree. Skam has taught me so much about people and about the world, and I am forever grateful to it. So, when people ask me why I keep watching remakes, I suppose that I should tell them that I think we are all drawn to beautiful and relatable stories, and that’s exactly what Skam is, told and re-told in an incredible way.

James Stewart is a 2nd year student in Liberal Arts.