Newton’s Laws Revisited: Studying Myself as an Object

Storytelling is a primitive instinct. Literature elaborates on that instinct, narrating the story of people and the choices they make according to their beliefs. But what about the sciences? Though not as intuitive, the sciences too involve storytelling, albeit in highly formal languages. Quantum physics tells the story of matter at the most fundamental level. Inorganic chemistry tells the story of interactions that alter the matter’s composition at the molecular level. In our daily lives, it is in the study of objects roughly our size – classical mechanics – that the storytelling of science is the most conspicuous. While objects are what physics studies, we too are bodies occupying space and time. Therefore, physics must speak to an aspect of who we are. Leaving mathematical rigor somewhat aside, we can apply the concepts and principles of physics to our own behavior. 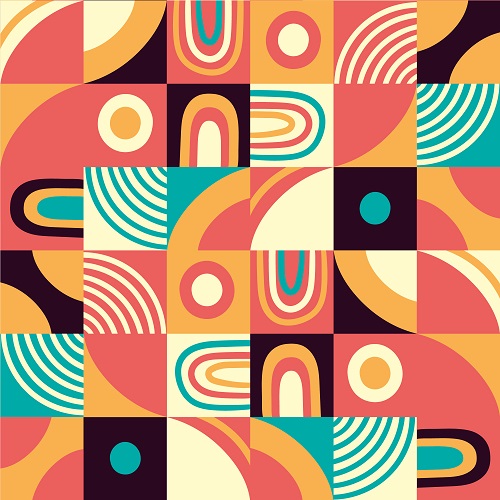 Take the idea of friction. With the help of Newton’s three laws of motion, what can I learn about myself in everyday life?

Friction in essence is the force that resists motion as a result of contact with other surfaces. It comes in two types: static and kinetic friction. This opposing force is no stranger to us. When we are thinking of starting on a new project, there typically emerges the whisper, “That’s too much work'', “I don’t feel like it”, or “Now is not a good time”, and we continue doing what we have been doing. However, if we are already in motion and working, there is much less resistance to work. The first law of motion states that if no force is acting on an object or if the net of all forces acting on the object is zero, an object at rest will remain at rest and an object in motion will remain in motion. This is the power of inertia, in physics terms, or the status quo, in our language. If I am lying in bed watching Tik Tok, I will likely continue to do so unless a nonzero net force acts on me, which could be mommy calling or simply the thought of the due date and me getting ugly grades popping into my head. The reminder may snap me out of a scrolling loop to jump to the desk and start working. At that point, I have overcome the force of static friction and begun moving along the progress bar. Even then, the grasp of friction looms though smaller this time. The first few minutes would consist of a part of my brain demanding and pestering to go play. It takes some time for the force of attention to subdue friction and fully focus on the task at hand. Newton’s first law forms the basis of study techniques such as the Pomodoro, or the 5-minute rule: a cognitive behavioral therapy technique to fight procrastination by setting a timer and working on the task for five minutes. It often happens that you will then be in the flow and continue working long past the five-minute mark.

How do we override friction and make progress quicker? By the second law of motion, the acceleration of an object is proportional to the force applied and inversely proportional to the mass of the object. If we want to get things moving quickly, we'll have to supply the greatest force and make the weight the lightest. Motivation and intention are the forces in this case. Often, the thought of consequences serve as forces to get you moving, like the thought of failing a class, failing to graduate, failing the interview, or disappointing someone. If you have a washer and dryer machine in your house, you may bring yourself to wash clothes weekly or biweekly. However, if you don't own one and you must take clothes to the laundry shop, the biweekly becomes a month and a half. Packing up items to carry to the shop is a heavier task than dropping all the clothes into a washing machine at home. More mass acted on by the same force translates to lower acceleration or no acceleration altogether. Too much friction brings on-going acts to a stop. Social media companies know this and make the process of surfing the net seamless. If it is easy (and mentally rewarding), you do. One powerful productivity technique, chunking, is based on the psychology that breaking things down into pieces lets us manage better. “Things” could be time, tasks, or information in general. Deconstructing tasks, for example, has been shown to reduce procrastination while enhancing clarity, and efficiency. Through another lens, by decreasing the mass, the force applied could provide a greater acceleration to one’s object.

Friction encapsulates an idea at the heart of science: reality is neither good nor bad. It simply is, and the rest is up to us to interpret and approach appropriately. Friction impedes motion if we are trying to speed up, but without friction, our hands cannot hold up a pen and walking would be a challenge. Hence, greases and oil are used to minimize friction; traction and rugged surfaces are employed to enhance it. Forces that oppose motion are not inherently good or bad so much as natural. In this light, opposition to policies from conservative or progressive groups are inevitable and even vital for a healthy political climate (though within limits to avoid becoming destructive). We exist in an environment, not a vacuum, and spontaneously affect one another. To push forward means being subject to push back. Forces, loosely compared to ideas, come in pairs, as the third law of action and reaction observes. If object A exerts a force on object B, then B must exert a force equal in magnitude in the opposite direction. The third law encourages acceptance of opposites, and awareness of such a reaction. Every moment, a million cells in your body die and another million are produced. Life and death are like opposing forces, bringing equilibrium in the body. Cherishing one while denouncing its opposite, or worse denying its existence, will prove problematic in the long run.

Newton’s three laws of motion provide a framework for understanding our own behaviors in a more general sense. The concepts of physics – friction, acceleration, equilibrium, or inertia, seem to be capable of describing our daily experience – resistance, progress, balance, or status quo, from which we can glean lessons for our own lives. This essay was not meant to be a scientific reading. No one reads a novel and walks away with the exact same message. These scientific principles are interpreted through my own lens and thus do not bear the formal objectivity of the sciences. Nevertheless, this reflection shows that the principles of the natural world bear similarities to the patterns of our own behavior and the social world. The humanities, sciences, arts, and many other fields we have developed are undeniably helpful in exploring life, so long as we do not lose sight of the universal concepts that cross such constructed boundaries. From the beginning, nature has been limited to no one academic subject. We are simply here, part of the complex whole, telling our stories.

Mai-Thi Ho is a first-year student in Enriched Pure and Applied Science.

Thank you, Andrew Katz, my English teacher, for the encouragement and help on the shortest notice. And props to Jean-François Brière, my Physics teacher, for making classical mechanics approachable and engaging.