Music and the Brain: A Mindful Tune

Music is everywhere. It is an art that has been in existence for thousands of years and is common to almost all cultures around the world. It has the unique ability to spark a vast range of emotions from its listeners. Be it ecstatic, mellow, or disturbed, music, the art form consisting of sound and silence, can invoke many intense feelings among individuals. I often find myself wondering why songs like The Beatles’ In My Life allow me to feel invigorated, while others, like Stravinsky’s The Rite of Spring, never fail to leave me anxious. The causes of these emotions are difficult to pinpoint; after all, how can someone accurately describe why he/she feels something? The very general cause of these sentiments can be attributed to the intricate connections between neurons when a sound reaches the brain. However, there is truly much more to this phenomenon. We listen to music because it excites and inspires us; it makes us feel. As music has the inherent ability to cause human beings to experience a wide range of emotions, it is directly related to the science of life. 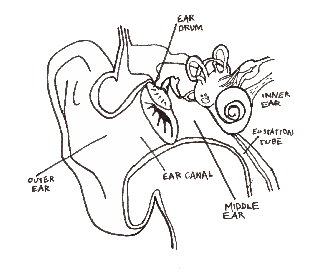 When a person actually hears a sound, the air-borne sound waves channel down through the ear canal and hit the eardrum, causing it to experience vibrations. These vibrations are similar to the ripples that are made when a stone is dropped in water; the ripples disperse until they hit an object. The vibrations are passed to the small bones of the middle ear, called ossicles. After traveling through numerous structures of the middle ear, the vibrations become fluid-borne. They are then transmitted to the endolymph of the membranous labyrinth and to the hair cells of the organ of Corti or “spiral organ” (organ of the inner ear that contains auditory sensory cells or “hair cells”). It is the movement of these cells that convert the vibrations into nerve impulses. These impulses then travel over the cochlear nerve, where the mechanical energy of sound is converted into electrical signals that can be carried to the auditory cortex of the brain. It is in this auditory cortex that the nerve impulses are interpreted as sound. 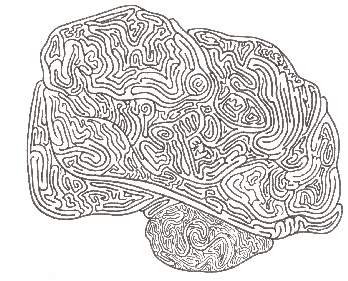 The auditory cortex is not the only part of the brain used to interpret sound and music. Interestingly enough, the cerebellum, which contains 50 to 80 percent of our neurons, plays a very important role in balance and equilibrium, as well as in cognitive functions, including attention and the processing of language and music. Recently, neuroscientists Lawrence Parsons and Peter Fox of the University of Texas Health Science Center in San Antonio ran positron emission tomography scans (maps of functional processes in the body) on eight conductors as they listened to a Bach chorale while following along with the score. The research was mainly focused on the cerebellums of the eight conductors. The scientists found that the cerebellum is involved in interpreting rhythm. When the rhythm of the piece was made to differ from the original score, the conductors’ cerebellar blood flow surged, indicating that an unexpected sensory experience was occurring in this region. The conductors felt “excited” by this change in rhythm. This discovery concerning the function of the cerebellum confirms that it plays a significant role in the processing of rhythm, a crucial component of music. As we have seen, the cerebellum is involved in the interpretation of rhythm. It creates a model of a constant pulse for us, and when one hears music, this constant pulse is diverged to some extent, thus exciting our minds and providing us with a new sensation, or emotion. After all, music is often defined as organized sound and rhythm. When violations of expectations are used in music, for example, a loud bang on tympani at the end of a very quiet piece, the cerebellar beat scheme is thrown off. The brain thus becomes “surprised” and we experience a feeling of sorts. When music is too organized, however, it becomes quite “boring” for us. Furthermore, there currently exists certain evidence that the cerebellum is involved in emotion. Through autopsies, neuroimaging, case studies, and studies of other species, Jeremy Schmahmann, a Harvard professor, and his followers have discovered connections between the cerebellum and emotional centers of the brain. Mutual connections have been found with the hypothalamus. The lateral parts of the hypothalamus seem to be involved with pleasure and rage, while the median part is involved with aversion and displeasure. These connections between the cerebellum and the hypothalamus assist cerebellar incorporation into the neural circuits governing intellect and emotion. These new discoveries could potentially account for why the cerebellum becomes activated when people listen to music they enjoy. 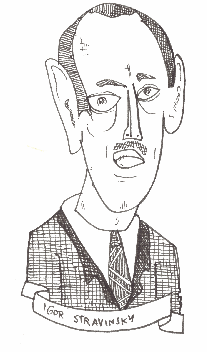 But what happens when people listen to music they don’t enjoy? When composer Igor Stravinsky presented his The Rite of Spring to the world for the first time in 1913, the audience broke into a riot. There was a tremendous amount of hissing, booing, and screaming towards this modern composition. (Link for short clip of The Right of Spring here). It even came to the point where the police had to break up this disturbance. However, when Stravinsky was questioned about his agonizing piece of music, he explained that the reaction he received from the audience was exactly what he wanted. The people who first heard The Rite of Spring were not expecting this melange of random notes and continuously varying time signatures. This audience was not able to cope with the shock caused by the piece; most were probably expecting a safe and melodic symphony, like Beethoven’s 6th symphony. (Here, place link to a clip from Beethoven’s 6th symphony 1st movement.) Their brains were trying to find some sort of pattern in the music, but Stravinsky made this impossible. The modernist composer seemed to know just how the brain worked in response to music. Stravinsky believed that ever since our births, we have trained our ears (and brains) to enjoy and appreciate certain chords, harmonies, and melodies. In this way, the brain is malleable and can “learn” to respond emotionally to almost any art form, given time and plenty of exposure. Stravinsky deeply desired to change the way people thought about music. This form of art does not need to simply evoke positive emotions. Stravinsky was implying that the brain is complex; it is able to continuously alter what it finds beautiful. Although emotions caused by music can be explained by a set of reactions that occur in the brain, there is so much more to this occurrence. When people listen to a song they like, they relive certain life experiences. Memory is therefore one of the most important factors that comes into play here. A solemn song for solo cello in a minor key could invoke sad emotions because it might remind someone of a cold, solitary winter night. A thunderous and passionate piece of music could appeal to emotions of a more dramatic, adventurous nature because the bangs on timpani or the loud trumpet blasts of the piece remind people of the excitement they felt while pursuing their love. In these intricate ways, music is related to the science of life and can be regarded as a remedy of the mind.