My park looks made of Play-Doh. The trees are tall, thick, and bare. The old and the weak were all hauled away, either cut down to preempt disaster, or thrown down by a thunderstorm. New slides, monkey bars, and swing-sets are similarly smoothed, and their careful curves cast lithe shadows. Then there is a fence, and the baseball diamond, occupied this season by a hockey rink. Two Zambonis float across the ice, flashing ghostly lights at one another. In the day, the snow sparkles in the sunlight, but under the streetlamps, all it can manage is a dull glow. 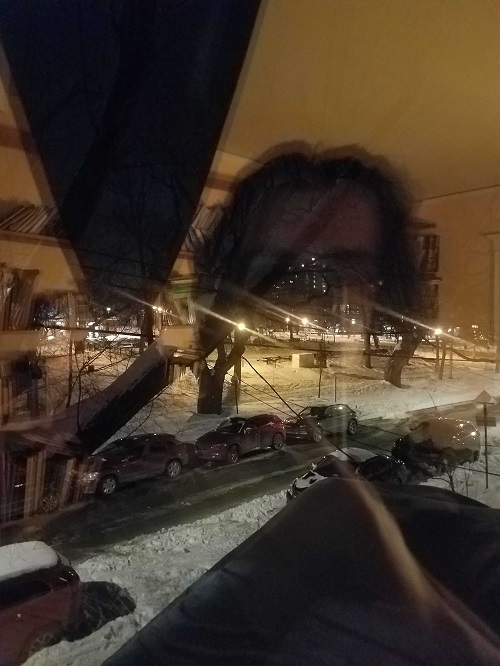 It will always be my park. I could list the formative experiences of youth, the parts of me buried in the wood chips, but sentimentality is exhausting, so I will simply say that ever since I was born, my door opens onto it.

Still, when my parents first moved into the neighbourhood, a ring of shrubbery hid the bashful playgrounds and baseball diamond. The pot dealers preferred not to be seen. The homeowners preferred not to see them. But young families like mine arrived, and that compact was quickly broken. The bushes went down. We added a dog park, renovated both kids’ parks, and finally patched up the concrete square for skateboarders and performers. The teenagers for whom the park was upgraded usually go there now, to party, to hang out, and to buy and sell drugs, of course.

Old is new again, so all the kids are pulling gnarly ollies and sick kickflips. This summer, as COVID cases abated and house parties remained cancelled, the park hosted an elaborate and terrified dance: summer camps, family outings, socially distanced dates and catch-ups, solitary walkers, each held in orbit by the skate park.

People were less sober by 8 pm. The skaters might reach across their two meters to share a cigarette, and the two meters soon disappeared entirely.

Did you know that smoking actually reduces your COVID risk? You can learn it, often, over in the skate park. I stayed away at first but cracked open my window to let in warm air, voices, and music. Eventually, I crept out of bed, slipped on my clothes and flip flops, and waddled over. Then I watched, or just lay back on the concrete and let the sounds wash over me.

When I saw old friends, I joined them and hovered on the sidelines. They knew far more than I did about goings-on in the park. I learned about a mugging, a stabbing, a violent arrest of a teenage girl. They talked me through a fight that almost happened, a fight that did happen, and a fight that almost certainly would happen.

Walking home, I reconsidered my disapproving fondness, until my reflection was burst by the bang of a firework. I hear them often enough from my room, but I ran to the baseball diamond to see who was holding the lighter. The culprit grinned at me through his grey beard. He sat in the batter's dugout next to an old lady who, smiling and giggling, had eyes for only him. Every few minutes, he hobbled out into the middle of the field, placed a new rocket from his bulging bag, and watched it fly. I didn't hear any sirens, yet.  There was a small family barbecue on the other side of the fence, and at each explosion, the two kids shrieked: “Fireworks!”

I took a seat in the stands and watched a little while longer.

Benjamin Wexler is a Second-year Liberal Arts student. He is a writer for SPACE Magazine, as well as the copyeditor for the Plant Newspaper. In his spare time, he dances on rainbows and walks on sunshine.