Horsemen of the Sixth Extinction

It is said that all great minds think alike, and this holds true when it comes to environmental issues. In three works by contemporary writers, namely Top of the Food Chain by T.C. Boyle, The Sixth Extinction by Elizabeth Kolbert, and The Sacred Balance by David Suzuki, we can observe common themes related to the environmental crisis that we are currently experiencing. In the three texts we see the portrayal of humans as the main cause of the extinction of animals, the lack of foresight which characterizes humanity and has devastating effects on nature, and the careless usage of technology and the compounding of its negative effects through biomagnification. 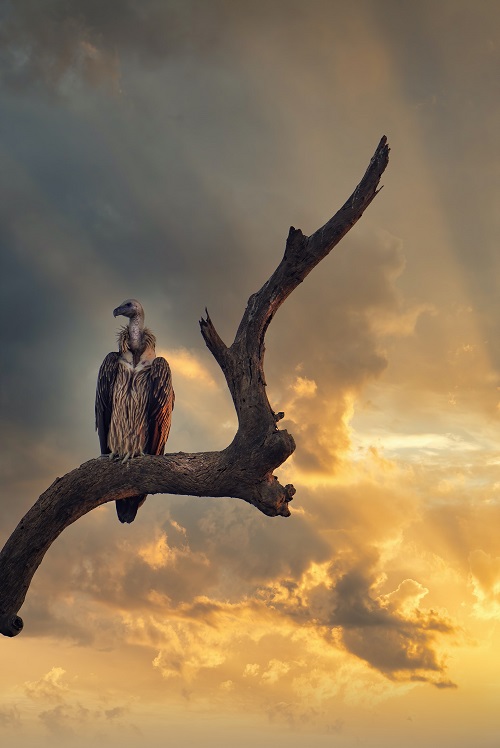 To begin, these works are related by the fact that the authors lay the blame for the present decline in biodiversity on humanity and technology. In The Sixth Extinction, whilst talking about the Sixth Extinction, the alarming phenomenon that we are currently seeing whereby animal species are going extinct faster than ever before, Elizabeth Kolbert states, “While the force behind the Sixth Extinction vary, trace them back far enough and you get to the same source: us.” (Kolbert 144) This line suggests that even though some may disagree, the causes of this mass extinction are fundamentally human, and we cannot shift the blame. In addition, in David Suzuki’s The Sacred Balance, we encounter a similar sentiment being expressed by Suzuki when he talks about humanity's transformation into a superspecies. He says, “[…] human activity is the main cause of the current decline in the biosphere’s rich diversity and productivity that supports all life on Earth” (Suzuki 63). In other words, Kolbert blames the human species and the technology we have created for the current state of the environment. Finally, this blame is all tied together by an example portrayed in Top of the Food Chain when the speaker is talking about his use of pesticides against the insect problem in southeast Asia and says, “The chemical, which, by the way, cut down the number of mosquitoes exponentially, had the unfortunate side effect of killing off this little wasp [...]” (Boyle 2). This line shows that human beings’ interference in nature, particularly with the use of pesticides in this case, leads to the extermination of many species that have been around for much longer than human beings ever will be. Hence, we can see that all the works are tied by a common theme: the portrayal of humans as the main reason for a loss of biodiversity.

The second element that links all these texts is a consistent reminder that, at this moment, humans lack foresight when it comes to environmental issues, and this causes great damage. As David Suzuki discusses our lost interconnectivity with the world around us in The Sacred Balance, he states that, “[...] the context, history and background needed to set “facts” or events in place are lost [...]” (Suzuki 64). This line implies that human beings no longer have the ability to look at the bigger picture and use this global understanding of nature and its rhythm to foresee the environmental impacts of our actions. This theme is again raised at the beginning of Top of the Food Chain when the speaker is talking about the impact of his “solutions” to the problems in the southeastern jungle and says, “And no one could have foreseen the consequences [...]” (Boyle 1). Through this line, we can see that the speaker had a distinct lack of forethought and did not even attempt to consider the medium- and long-term consequences of his careless usage of pesticides. It seems like he almost uses this lack of care and foresight as an excuse for his failures. Finally, The Sixth Extinction brings another example of humanity's recent lack of care, when Kolbert talks about the South American frogs which were rapidly dying out and no one could tell why. (Kolbert 144) We later find out that the frogs were dying due to a non-native fungus which made its way to the Americas thanks to human travel (Kolbert 147). This again shows how humans are not able to predict the consequences of our own actions by explaining how we were not able to anticipate that our intercontinental travel would decimate the frog population. All these examples are evidence of the Frankenstein complex which refers to the human tendency to carelessly create technology that will turn against us because we are unable to use our knowledge of the Earth’s natural patterns and cycles to predict the environmental effects of our current actions.

Lastly, both Top of the Food Chain and The Sacred Balance discuss the disastrous and careless use of modern technologies, particularly in the form of pesticides such as Dichlorodiphenyltrichloroethane (DDT), and their effect on the environment due to biomagnification. Whilst discussing our lack of knowledge on the consequences of modern technologies in the context of DDT and the declining populations of hawks and eagles, David Suzuki mentions “‘biomagnification’, whereby compounds become concentrated as they are ingested up in the food chain.” (Suzuki 65) This is important because not only does he explain the meaning of biomagnification, but he also gives it as the cause of the decline in the population of hawks and eagles after DDT was first used as a pesticide in the 1940s. This phenomenon is again brought up in Top of the Food Chain when the speaker says, “The product had been concentrated in the geckoes because of the sheer number of contaminated flies they consumed” (Boyle 3). Later, the speaker explains that the geckoes became slow and even died. They were then eaten by cats who also turned up dead. As we go up the food chain, we see that these animals are suffering and dying due to the concentration of DDT which was originally meant to eradicate flies and mosquitoes. This example shows the snowball effect that took place after the usage of DDT southeast Asia, and how many animal species were killed off due to biomagnification of the pesticide. Both works give accounts, through the lens of DDT and biomagnification, of what happens when technology is used carelessly.

In summary, both David Suzuki’s The Sacred Balance and The Sixth Extinction by Elizabeth Kolbert, as well as Top of the Food Chain by T.C. Boyle present common ideas on the environmental crisis that we are seeing. They name humans as the cause of the mass extinction of animals, blame our lack of foresight for many of the wrongs we have committed and condemn pesticides and biomagnification as dangerous consequences of the careless usage of technology. In the end, the question always remains: what should we do about these horsemen of the apocalypse, or, more precisely, of the Sixth Extinction, when the riders are ourselves?

Andrada Imola Jurian is a second year student in the Health Science Program.