From Cell to Saviour

Newspapers, magazines and science journals have become inundated with talk of STEM CELLS, but as I squinted my eyes to look into the microscope at Dr. Pera’s lab at USC’s Zilkha Neurogenetic Institute, all I saw were tiny grey blobs of cells floating in a petri dish. I thought to myself, “were the real stem cells maybe in disguise?” It was hard to imagine what the hubbub was all about!

So why are stem cells so special? 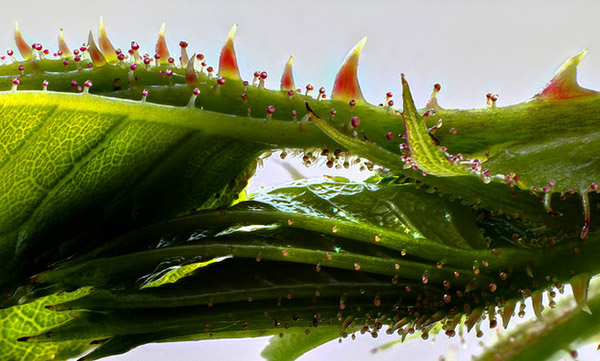 However ordinary they may have seemed, these cells are anything but your typical cell. They have the ability to give rise to mature, functional cells of the body through a process called differentiation. In plain English, this means that a stem cell can become a brain cell, a liver cell, a pancreas cell, or any other kind of cell in the body. Think of the implications of that fact: it means that, in theory, stem cells could be used to create replacement, insulin-producing cells in diabetes patients, as well as replacement cells for other debilitating diseases such as Alzheimer’s, Parkinson’s, heart disease and even cancer.

Researchers are in an arms race trying to harness this powerful potential that lies within stem cells. Stem cells, indeed, are truly the future of a field called regenerative medicine. They provide a way of explaining how you develop from a fertilized egg to a walking, talking human being, as well as what may go wrong in that process.
It is easy to get carried away in how cool and wonderful all this may sound, but there are still many unanswered questions. What types of stem cells are out there, and what aspects of our understanding of stem cells are still in development?

Different types of stem cells have varied levels of potential (called plasticity) to turn (or morph) into other cell types. You might have read about embryonic stem cell research, which has been a controversial topic in the news. One of the reasons why embyonic stem cells are so valuable for research is their “pluripotency,” a characteristic that allows them to divide into virtually every type of cell in your body. (Adult stem cells are far less plastic.) However, here’s the catch— to isolate ESCs for culture, they need to be taken from a 3-4 day old human embryo, leftover from in vitro fertilization. This need is the central source of the ethical controversy around embryonic stem cell research. Nevertheless, these cells offer enormous potential and remain at the forefront of research. Once isolated from the embryos, they are cultured in a soup of growth factors and media that allow them to self-renew or that can coax them into differentiating into a particular cell type.

At Dr. Pera’s lab, research is focused on understanding the molecular pathways of ESCs in determining cell fate–that is, on understanding how ESCs decide what cell type to divide into. This includes isolating cells at different stages of differentiation, as well as investigating what genes are involved in the maintenance of pluripotency and how often those genes are expressed. Sure, you can transplant ESCs into a diseased organ, but how do you tell the ESCs what you want them to divide and differentiate into, or when you want them to stop dividing? Being able to control the self-renewal process and differentiation of ESCs is vital for future stem cell therapies.

As of yet there haven’t been any clinical trials using ESCS on humans for therapeutic purposes, but another type of stem cell called Adult Stem Cells (ASCs) have been used for more then 30 years in bone marrow transplants. ASCs are found in small numbers in almost every body tissue— yes, that even includes the brain! However, right now, researchers are trying to find better methods of identifying and isolating them. As mentioned above, ASCs, unlike ESCs, are only “multipotent cells,” meaning their differentiation is limited to a family of tissues. “Hemapoetic” stem cells, for instance, can only give rise to the cells of the blood. “Mesenchymal” stem cells can only give rise to connective tissue, blood vessels and lymphatic tissue. ASCs are usually triggered after cell damage or death; their role is to replenish the lost cells. Some ASCs, such as for hair or intestinal cells, which are regularly replaced, are always being called to renew lost cells. A number of diseases, such as leukemia, can compromise this renewal process, and this is where bone marrow transplants, to replace ASCs, are necessary.

Current ASC transplantation therapies, while sometimes quite successful, are nevertheless invasive and can be risky due to immune rejection, meaning, the body can reject the transplanted ASCs.

Can embryonic stem cells help with the problem of immune rejection?

When your body receives cells from a foreign system, your immune system’s automatic response is to attack it. However, if researchers could make ESCs with a genetic signature identical to yours, your body would not reject it. This task, of course, is not as easy as it sounds!

Those ‘grey blobs’ I was looking at are a very special type of stem cell at the forefront of solving this problem. In a way I was right in calling them ‘disguised’ or ‘fake’, since these are in fact artificially derived pluripotent stem cells, formally called Induced Pluripotent Stem Cells (iPSCs).  The procedure to make these “fake” stem cells was a success for the first time in 2007 and it involves taking skin cells (called “somatic” cells) and making them mimic ESCs, by getting the genes of the skin cells to express themselves in a similar pattern. This is done through a process called “transfection,” in which a virus, or its shell, anyway, called a “viral vector,” transports certain genes of interest into the nucleus of the skin cell. To see if the transfection was successful, the inserted vector contains a fluorescent gene, which can be viewed under a fluorescent microscope.

Although the transfection procedure had not entirely worked during my visit to USC, the MD/PhD student left my friend and I with some words of encouragement, “ Even negative results in science are important, as they can help guide you in a new direction.” In a field like stem cell research, with so much potential yet so many unknowns, one has to be creative at coming up with solutions to solve the many unanswered questions.

I am thrilled to say my friend and I were offered a summer internship at USC’s Center for Stem Cells and Regenerative Medicine. You may wonder— Research during the summer, what is she thinking? However, as an aspiring doctor and researcher, I don’t think I could have asked for anything cooler than this!

The photograph “Rose Thorn Macro” is by Colin, under CC BY-NC-ND 2.0