Entropy: A Spur to Achievement and Happiness

I notice entropy in our personal desires, in particular in the way it disrupts our desire for order in life—a disruption which is sometimes the very thing we need and, without having realized it, the very thing we want. Just as in many ways we search for love that is perfect, for instance, we also can take pleasure in love’s unpredictable fluctuations. Entropy comes upon us when we seem to want it the least—in love, in health, in building self-confidence, in chasing goals, in living as fully as possible—but when it does, it can also teach us, push us, motivate us, stimulate us not only to work harder towards but also to re-consider what we desire. 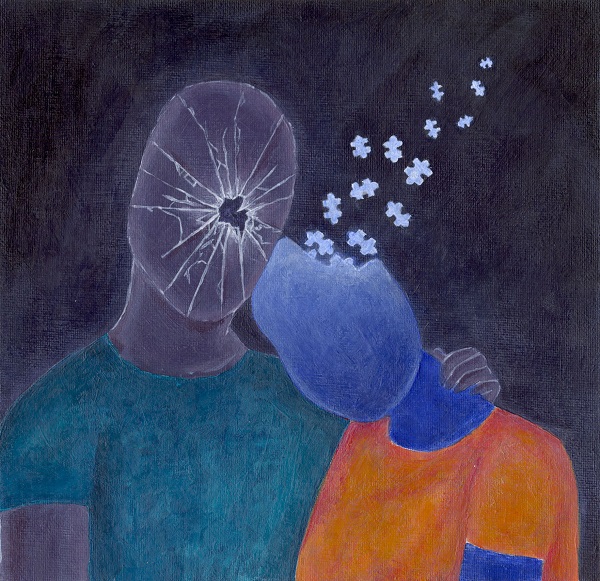 Starting with love: given the romantic ideals of love, it is ironic that being in love can be absolutely chaotic. Neurologically, love can even be said to make a person go crazy. We hear most often of "lovesickness," a series of anxiety-related symptoms brought on by the intense changes associated with falling in love. Symptoms include obsession, mood swings, deep attachment, sleep loss, breathless, trembling, a hard time concentrating and even more. Love can make humans act irrationally, and turn their lives completely upside down. When I used to swim competitively, my coach would always tell us before serious competitions to take the high road with our boyfriend if ever he was pissing us off, because, in case of a breakup, our swimming results would be terrible as we would probably sink into a depression or become seriously un-motivated.

Everything about love; the start of it, the peak of it, and especially the end of it, can cause so much disorder in someone's life, to the point that they make important sacrifices, give up things, psychologically become different and start new routines that cause disorder in their old routines, the hobbies they used to do, the friends they used to see that they do not have time to see any more, and even classes that they used to study for that they dropped to be able to see their boyfriend/girlfriend (in extreme cases). Love is something that sounds so beautiful; something that everyone always dreams of, but it is undoubtedly also bound for disorder.

Yet the entropy of love also challenges us to grow, to come out of our shells, to encounter the other. It can help us discover feelings and new experiences, re-evaluate priorities, break out of old patters, and ultimately decide if it is really worth it to us. If love were so simple and orderly, how would it transform us, for the worse sometimes, but also sometimes for the better?

Becoming healthier by working out and setting a goal for yourself physically also involves entropy. What happens if you stop working out for a month, or a year, and then try to hop back into your daily routine? Your body can tell you: aches in places you didn’t know you could ache. Yet that higher amount of entropy that we have to overcome after doing nothing for a while helps us to keep us working out regularly, by reminding us that a regular routine means having to overcome only smaller amounts of entropy each time.

Most things fall apart when we stop working on them, which reminds us that to achieve any goal, we cannot just randomly stop working on it. Take a little boy who plays the violin every day because he wants to be the principal of an orchestra when he's older. He gets tired of it sometimes as he becomes a teenager and gets involved with girls (or boys), maybe even drugs, who knows, or maybe becomes just too busy with school. Once graduated from high school, the violin starts to pique his interest once again because of a course he’s taking, but when he picks it up for the first time in forever, he can't play a thing or even remember a note. This is entropy working against him. Since he quit playing the violin, he didn't obtain the results he always wanted as a kid and now he needs to restart from scratch. As he practices and re-learns, he knows that he'll never forget about the violin ever again because it's his passion and he doesn't want to have to start from scratch again. He knows that next time he gets tired of something, he’ll learn to rest and not to quit.

This is how entropy motivates us as humans to achieve goals. Although overcoming it feels lousy at first, it makes us stronger as people and helps us become better in the long run.

Self-confidence is something that doesn't come easily to a lot of us. I always hear kids talk about their insecurities and struggles they have with themselves. Someone finding themselves can be the most chaotic thing. From running around in diapers to watching Disney movies every night to worrying about what their hair looks like to caving into peer pressure and to finally pursuing their true passions, learning who you are and becoming confident in that is certainly a wild ride. When someone's confidence is shattered, their whole life becomes a thousand disorderly puzzle pieces that can take years to reassemble.

However, the person who takes the time and the effort to put in the work to reassemble that puzzle is the person that becomes more intelligent, stronger, which is why I think entropy is so important. It bites us when we least expect it, but it's a good kind of bite; a kind that doesn't leave a scar but that builds muscle. A kind of bite that offers hope by teaching us the fact that all progress requires effort, a willingness to endure discomfort at times in order to grow and improve. It kind of wakes us up in a way, reminding us that it's okay to be human and to have chaos in our lives.

The most successful humans—in love, health, academics and life—are the ones who have worked through the challenge of overcoming entropy, and who know that that challenge is always ongoing.

Jesse, a first-year psychology student at Dawson, loves reading and listening to jazz and blues music along with some classic rock, folk and indie bands. Her favourite authors are Earnest Hemmingway and Jack Keouac.