My father always said: “we’re all going to get BBQ-ed on hellfire regardless of whether we sin or not.” I always wondered what that meant, but this day was a day for celebration and not interpreting quotes. The rhythms of the Oud instrument filled the air and made it musical. The sun brought herself close to me and pressed her firm and warm lips against my cheek and kissed me. That must be where “sun-kissed” originally came from. My eyes slowly opened to the brightness of the room. The plant’s outline looked sharper than ever, and it was so green it looked like it was colored with a green sharpie. My blood was running a marathon in my veins along with adrenaline. Excitement saturated every cell of my body. I looked right and left, trying to savor the moment, then I jumped out of the bed to wear the new clothes my parents got me for Eid.

Long story short, Eid is basically a Muslim Christmas holiday. Instead of chopping a pine tree and placing it in our home, we chop a sheep and place it in our home instead. Same shit, different materials. 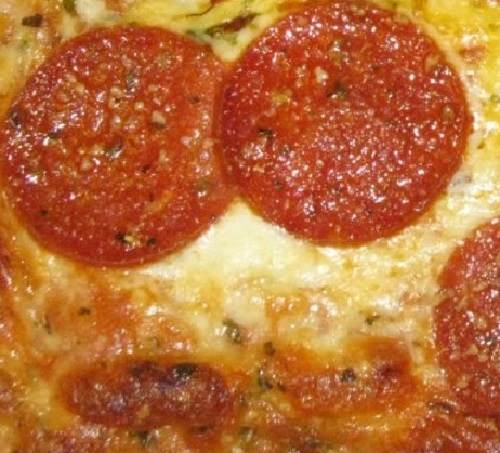 I put on my bright red floral button-through dress but was breathless trying to button it all. I approached my mother who was in the kitchen as always. She had a purple bandana on her messy dark hair. She had a white towel around her waist that she often used as a DIY back brace to support her painful lower back. She looked like Esmeralda, except that she was also the hunchback because she was hunched over the stove cooking food. She didn’t even see me approach her because her gaze on the stove was precisely calculated, just like Walter White cooking meth in his RV. Her face was sweaty like the bomb squad when they diffuse a bomb, and her apron looked like a painting of different sauces. Judging the situation, I contemplated whether I should ask for her help to button my dress. I decided I wanted to live that day, so I buttoned it by myself.

I put on my whitest socks and my black synthetic leather shoes that looked so shiny against the dull floor. I moonwalked to the patio to check on the sheep. Upon arriving at the patio, the air smelled metallic and rusty. Dead silence made the air heavy and suddenly my lungs were struggling to ventilate. I looked up to the sky and saw crows circling and crying as if they were in a funeral. The sun was overshadowed by a big grey cloud that looked like it was about to cry. My hairs on the back of my neck stood up and my body quivered. I slowly turned my head to the left expecting to see the sheep, and all I could see was blood everywhere like the axe murder scene from American Psycho. There was no more sheep, it was a s-h-e-e-p now. My red dress was camouflaged with the blood-filled floor. Now I was a part of it. Tears streamed down my face. This was the day I stopped eating lamb.

Then one day, my parents and I arrived fresh off the boat to the U.S. I was happy not to witness another sheep murder because if you’re brown or black in America, cops would show up in your house and shoot you regardless of what the reason is. Besides shootings in America, I also got to experience the infamous school lunches that everyone was complaining about. I was tired of the typical immigrant hummus and pita bread foods in my household.  Those soggy, sweaty, canned green beans? Loved them. Those mashed potatoes with gravy that looked like a unicorn took a shit? Adored them. That mushy spaghetti that looked like maggots swarming in a pool of blood? Devoured it. That pizza that had these beautiful, round, crispy, greasy, smoky, peppery, soft, aromatic meat slices on it? That pizza. If I were a teenage boy, I’d have had wet dreams about it. Every Wednesday, I was a salivating dog desperately waiting for my lunch masters to throw that pizza on my face. I had an eating ritual with this pizza. It was a big no-no to eat it in normal bites. I’d carefully and delicately lift the meat slices from the pizza and gently place them on a separate plate. I treated those meat slices like an artifact. I’d swallow the pizza first, then I make special time for the meat slices. I would slowly bring my index and thumb fingers together and slowly approach the edges of the beautiful round slices. I would gracefully lift one of them with the tips of my fingers, making eye contact with it throughout the process, just like eye contact between lovers making love. Except that I wasn’t making love. I was making saliva in my mouth and hydrochloric acid in my stomach to prepare for digestion. The mozzarella cheese would slowly detach itself from the meat slices as I pulled them. “Nooooooooooo!” screamed the melted mozzarella… but this had to be done (I’m sorry mozzarella). In slow motion, I’d stick out my tongue and as soon as the tip of my tongue touched the tip of the edges of the meat slice, I got a dopamine rush. Chewing that slice was a delicacy. The grindings of my teeth brought out those buttery, smoky, salty, spicy juices, saturating my palette. The whole experience felt like I was on ecstasy. Who knows, if lamb tasted like this, I’d have probably never stopped eating it.

Then one day at my workplace which was a boot camp bagel shop, I noticed that we sold those meat slices, and they were called kosher beef salami slices. I turned to my sister who was working at the cashier register, and I said while pointing to the meat slices:

“Dude, this right here is the best thing I’ve ever tried before. You should definitely try it!”

Then her pupils widened, and her dark bushy eyebrows were raised and she said in a concerned tone:

“Where did you have this?”

Her serious look made my heart flutter, my jaw clenched, and I could feel sweat running down my temples. It was a cold day in December, so I didn’t know why I was sweating, I just knew that her facial expression made me feel uneasy.

“Oh,” I said, trying to be relaxed. “I had this on pizza at school. It was really delicious!”

Her jaw dropped, and her eyeballs bulged out. They almost came out of their sockets. I was ready to hold them in case they did.

“THAT’S PEPPERONI THAT YOU ATE!” she screamed.

“What is pepperoni?” I asked innocently, and now I almost peed my pants.

She said the P word. My ears were arguing with each other trying to disprove to one another what they heard. When my brain confirmed to my ears that it was indeed the P word, my world collapsed. Those beautiful, round, crispy, pepperoni slices were no more. I could see God’s wrath in them. The pepperoni pizza started to look monstrous with the slices turning into angry eyes spewing hellfire. I thought if only I could fetch for the pepperoni in my stomach after all these days and throw it up, I could be saved from burning in hell when I die.  I wish I never knew it was pepperoni. I wish I never told my sister so that I can keep eating the pepperoni pizza without knowing it was pepperoni.

Then I remembered what my father always said, that “we’re all going to get BBQ-ed on hellfire regardless of whether we sin or not,” so I decided to go to the mosque to not get BBQ-ed as much repent.

I arrived at the mosque looking like a Mortal Kombat ninja who can throw a low jab and a hijab. The mosque smelled like musk (not that Musk, fuck that guy). It had beautiful calligraphy and Islamic mosaic art. I loved being at the mosque because it was so beautiful. Suddenly I could see blood all over the floor again. It wasn’t blood. The mosque’s floor was covered with a silk-soft red rug that tickled the soles of my feet. I felt ready to pray for God’s forgiveness for eating the P word. A family friend in a hijab approached me and said:

“I know you’re wearing hijab now at the mosque, but I know that you don’t actually wear it all the time. Did you know that hijab is a requirement in Islam and not wearing it is a sin?”

“Because women have hair, boobs, and hips that can attract men, and attracting men with our bodies is a sin, that’s why God tells us to cover up” she said while attempting to have a convincing look on her face.

“Well, if God wanted us to cover up, why did he create us with hair, boobs, and hips? He could’ve just created a stick figure, that way men have nothing to look at”

Her jaw dropped and before she moved her tongue to say something, I added: “Better yet, he could’ve just not created us in the first place if all we do is sin.”

Her light-browned eyes looked like the monstrous eyes from the pepperoni pizza. They were bulging too, and they looked like they were about to come out of their sockets. This time however, I couldn’t care less, and I was not going to hold them in case they fell.

My blood boiled; I could feel it flushing in my face. I was ready to throw the low jab and the hijab, but I didn’t want cops to swarm the mosque, because next thing you know, I’d be in an orange jumpsuit in Guantanamo Bay.

Then one day I realized I didn’t want to participate in slaughtering a sheep, I didn’t want to miss out on pepperoni, and I didn’t want to cover myself up because of men. My father’s quote finally made sense. If “we’re all going to get BBQ-ed on hellfire regardless of whether we sin or not,” well then, I might as well sin and enjoy life to the fullest.

Gigi Haddou is a first year nursing student. She enjoys cooking, painting and spending time with her cat. She has always enjoyed writing, especially creative writing in English class. She extends her thanks to her English teacher Liam Lachance for encouraging her to write about her experience since she was very hesitant to share it. She feels that creative writing has helped her to see her experience from a positive perspective, and she encourages other people to write about their life experiences creatively.