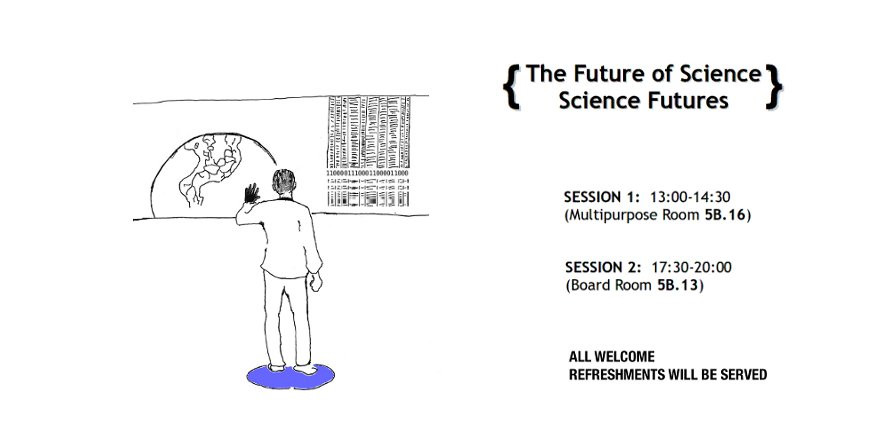 The Future of Science / Science Futures

Discover the Future of Science with recent Dawson graduates.

The session commences with a plenary talk given by Dawson College Physics teacher Chris Roderick on the theme of the Future of Science/Science Futures. Then Chris joins recent Dawson graduates for a lively panel discussion where the theme is explored within and across the disciplines.

Attend TED.com-style talks of Dawson graduates from a spectrum of disciplines, from Neuroscience and Medicine to Astronautical and Materials Engineering and more.

The sessions are meant to stimulate and provoke questions from audiences of all backgrounds, to provide a spectrum of ideas from many disciplines while exploring their social impact and their proximity for current Dawson students in particular. 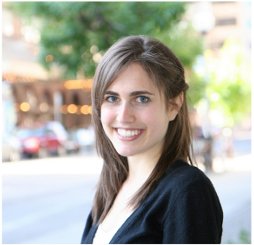 Ariel is a first year student at the University of Toronto, studying Global Health. She is the producer of a Toronto community radio show, called Just Rights Radio: Local Reports, Global Conversations. At Dawson, she was chairperson of the student union where she led a campaign to end the sale of bottled water on campus. Two years ago, she traveled to India to meet with community leaders in order to create a cultural trip for CEGEP students, a program that continues annually. An avid researcher, she conducted stem cell and immunological research at USC and the Weizmann Institute in Israel. As International President of the Friendship Circle, she launched a successful t-shirt campaign raising awareness for children with special needs. Ariel continues to advocate for human rights, environmental justice and accessible education. 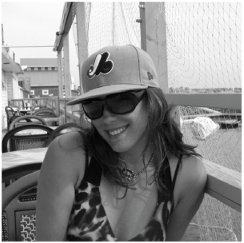 While at Dawson, Alexandra pursued several projects, including participating in the founding of S.P.A.C.E. and competing in science-fairs with her research on cyanobacterial toxin filtration while funded by Environment Canada. Inspired by early success in the field of microbiology, she applied for a Bachelor of Science in Microbiology and Immunology at McGill University. While working part-time as an Attending Technician for the Biology Department at Dawson, she graduated from the Honors Immunology Research Program as a member of the Meakins Christie Laboratories, McGill, where her research centered on the potential for antioxidant therapy in asthma. She is currently studying in the Doctor of Medicine and Master of Surgery program at McGill while working on a pediatric study of asthma in sickle cell disease at the Montreal Children’s Hospital. When she is not at the laboratory, she volunteers, tutors, reads, and loves to find ways to share ideas. 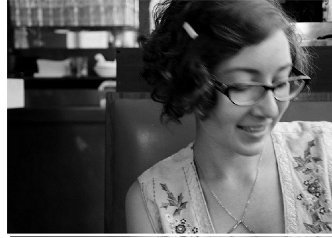 Erin Luxenberg, a recent graduate of the Honours Cognitive Science Program at McGill University, became interested in neuroscience and philosophy of mind during her years at Dawson College in First Choice Science. In the early days of S.P.A.C.E., she participated as a writer and editor, developing her passion for integrating the arts and the sciences. As an undergraduate, she worked in two neuroscience labs, the first involving memory and language, and the second focused on the prosocial functions of the hormone Oxytocin during pregnancy. As the co-president of the Student Association of Cognitive Science, she enjoyed organizing research events aimed at sharing scientific knowledge with the greater McGill community. In her spare time, Erin does yoga, bakes, goes on long walks, and loves having long conversations with friends over coffee. 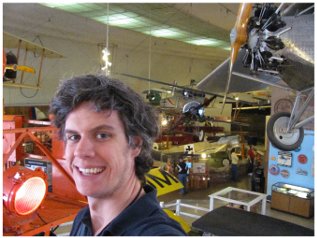 Joshua Kyle is a senior at McGill University studying towards an undergraduate degree in Materials Engineering with a minor in Technological Entrepreneurship. While at McGill, Joshua started the Reboot McGill program. Now an integral part of McGill’s landscape, Reboot extends the lifespan of McGill’s used computers by refurbishing and donating them to campus groups, students, the wider McGill community and off campus non-profits. It aims towards a more sustainable campus while providing a community driven learning environment where students can give back to the local community by volunteering. Joshua sees electronics refurbishment, reuse and recycling as an important segue between advances in technology and sustainability. Joshua is also one of the founding members of S.P.A.C.E. and his original design won the logo competition for the project's launch. 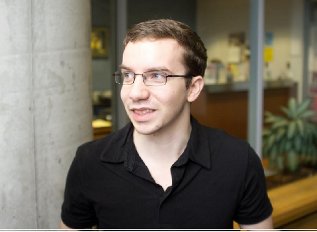 Nick Sweet is a third-year Computer Engineering student at Concordia University with a diverse background of science, writing and film knowledge. He's a founder and current president of Space Concordia – a student group dedicated to astronautical engineering. For their first major project, Space Concordia is developing Quebec’s first university-based satellite as part of a two-year Canada-wide competition. Nick prides himself on meeting Bill Nye, giving a talk on spacecraft deorbiting techniques at a conference in South Africa, and having watched over three quarters of the top two-hundred-and-fifty movies on IMDB. 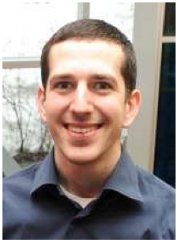 Omer has recently finished his Bachelor of Engineering at McGill University. With a strong background in engineering and a passion for innovation, he hopes to change the way our generation, and future generations, use technology. Influenced by a sense of urgency to make a serious and meaningful impact, Omer is committed to enriching the lives of people world wide. He is excited to build products that create lasting value. As an avid hiker, scuba diver and athlete, Omer welcomes any opportunity where he can be challenged. Omer is currently the Chief Operating Officer of EDO Mobile Health, a start-up company focused on helping families with the management of Alzheimer's. Omer has conducted research in alternative energy, and in specific, on fuel cell optimization. He is also the recipient of the $100,000 TD Go Green Challenge. 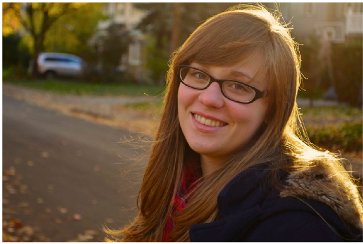 Sophie graduated from Dawson College in 2011 in Pure and Applied Sciences, and is currently enrolled in the Arts & Science Interfaculty Environment Program at McGill University. She has always been interested in the merging of the arts and science disciplines, as well as in the history and philosophy of scientific thought and practice. Although her first love was space in all of its glorious complexities, her interests have since become more “down to earth”, so to speak. She plans to work in the Costa Rican rainforest this summer, combining her love for animals with her interest in biodiversity conservation. In her spare time, Sophie enjoys watching baby sloth videos whilst saving a dystopian world from alien forces and headcrab zombies, with the help of her trusted crowbar. 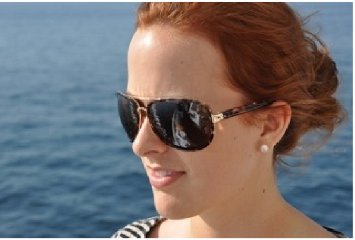 Lisen Bassett graduated from Dawson Honors Liberal Arts in 2011 and is currently studying Philosophy and the Environment at McGill University. She hopes to take her philosophical armchair into the wild in order to better tackle environmental issues. She is particularly interested in the ethical value of the environment and how to ensure policy reflects our responsibilities to one another and the earth. She thinks the solution to the current eco-crisis lies in shifting the notion of sustainable life from being extraordinary to ordinary. This can happen through education, policy, and by simply encouraging a reconnection with the complex, dynamic natural world, we find ourselves in. She sold her soul to the sea when she first heard Humpback Whales singing and hopes to make Canada a leader in marine conservation policy. Aside from learning to speak Humpback, Lisen aspires to start an educational marine mammal rehabilitation center, where children could interact with injured marine mammals before they’re reintegrated into the wild; eco-indoctrinating them one at a time. 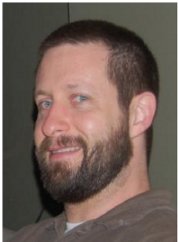 Chris studied graphic arts and music for five years in high school before having a really fantastic science teacher in grade 13. After obtaining an honors Math-Physics Hon-BSc, he came to McGill to study General Relativity (GR). By the time he had completed his Masters (“A Thermodynamic First Law for Black Holes in Low-Energy String Theory”) he finally figured-out that GR was too difficult to do for a living, and so switched sub-disciplines. Ten years later he had a wife, two sons, a PhD in polymer physics, and a goal: to teach physics. He has been at Dawson ever since.