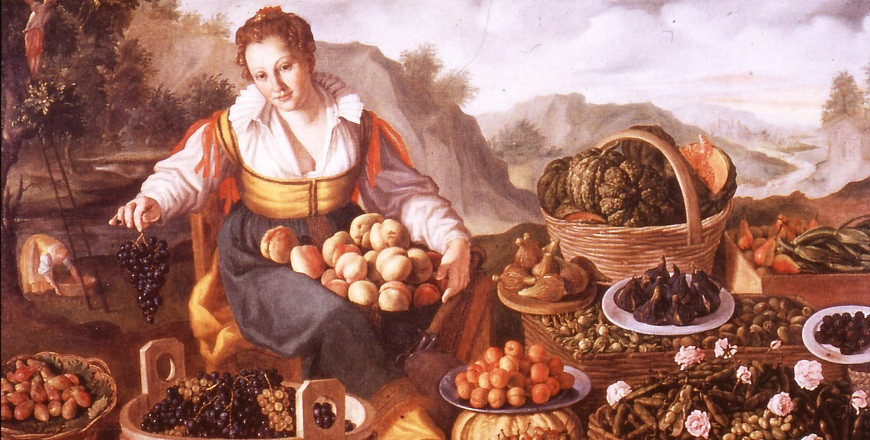 Of Cabbages and Kings

Horticulture, Gastronomy and theTransformation of the French Table

Louis XIV, the “Sun King,” was fond of melons, strawberries and asparagus, but favoured green peas above all.  In order to have these preferred vegetables available in and out of season, the king gave his chief gardener, Jean-Baptiste de La Quintinie, sixteen hectares of land to develop the kitchen gardens at Versailles. The subsequent revolution in horticulture had a profound impact upon French gastronomy.  This lecture will trace how gardeners and cooks transformed the way food was grown and eaten, and how these changes influenced the development of new ceramic forms for the French table in the seventeenth and eighteenth centuries.

In seventeenth century France the middle classes and the nobility dined on metal dishes, the materials depending on their rank.  Only the king and his immediate family used gold, nobles and the wealthy bourgeoisie dined on silver, while those less well-favoured used pewter.  However, the dessert course was usually served on porcelain or faïence made to look like porcelain.  For grand dinners, huge pyramids of fresh pears, peaches or apricots, compotes of plums or little sweet biscuits, confections and nuts were placed on dishes and laid on the table in bold symmetrical patterns.  The aim was to dazzle the company by a theatrical display of wealth, taste and abundance.  In the early eighteenth century many other ceramic elements were introduced to the table, and by the middle of the century, porcelain dinner services were being made at Vincennes, the royal manufactory.

Photos from April 9, 2015 by Evelyn Hansen-Gillis, photography student at Dawson 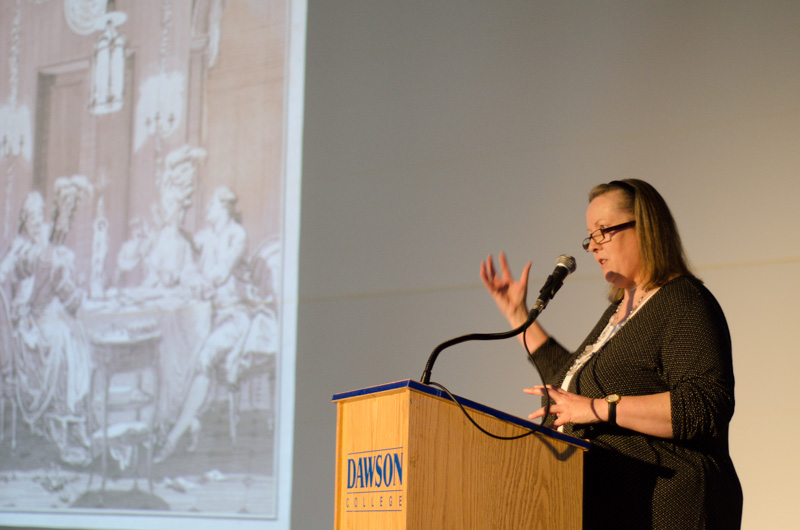 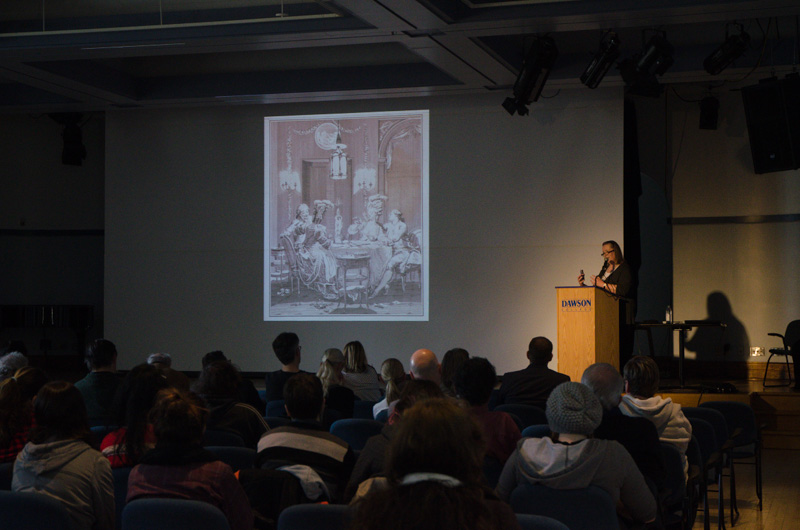 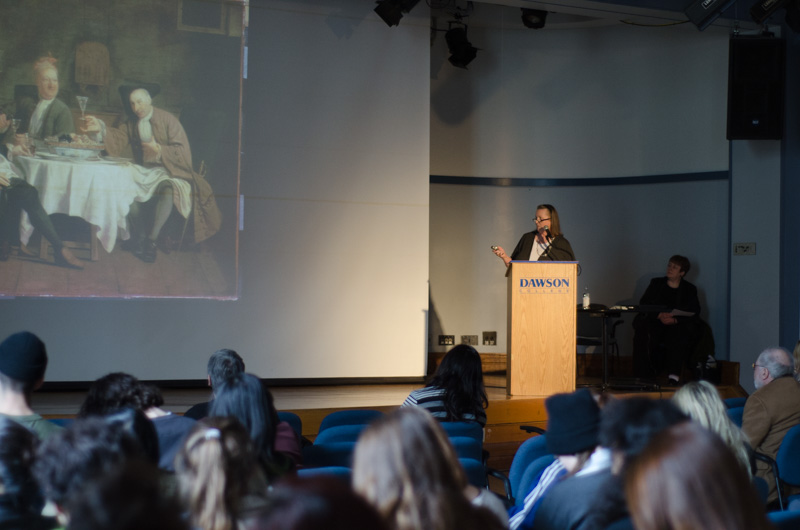 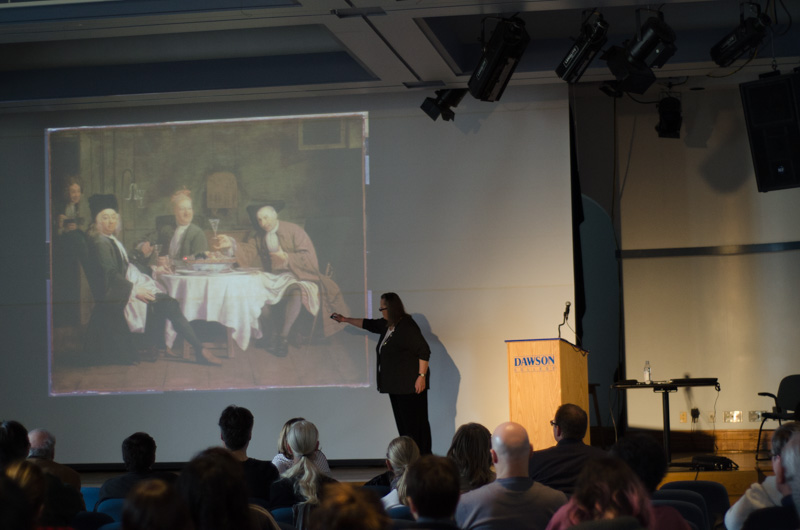 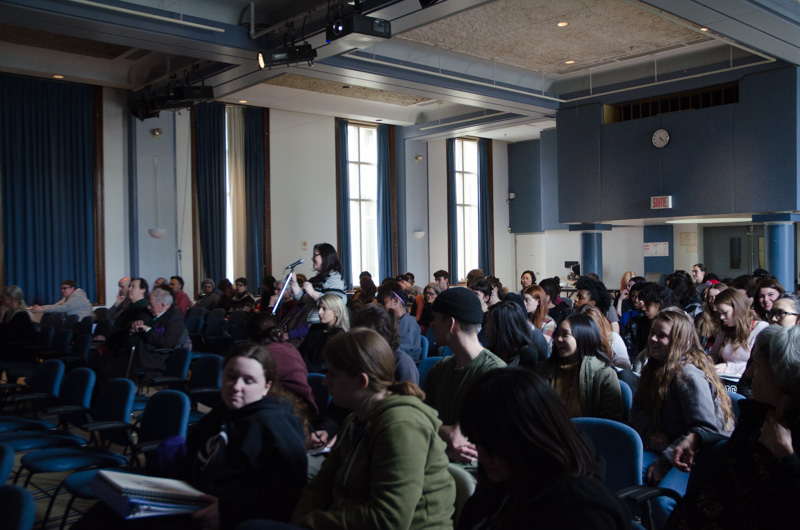 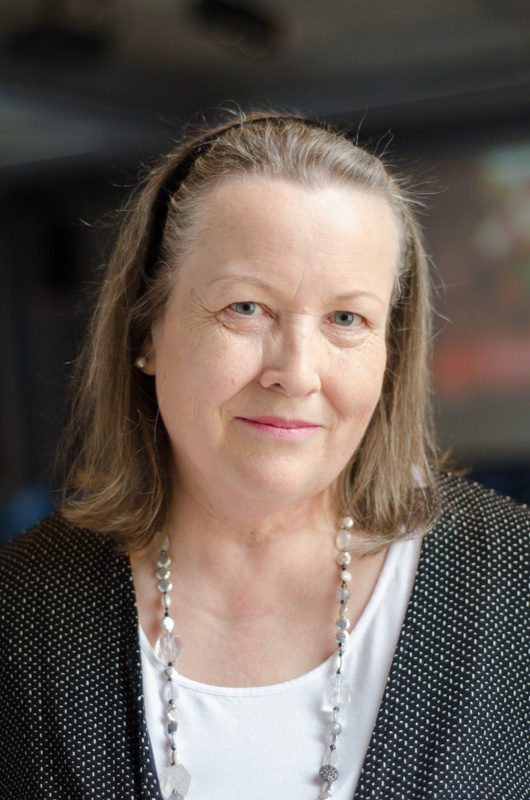