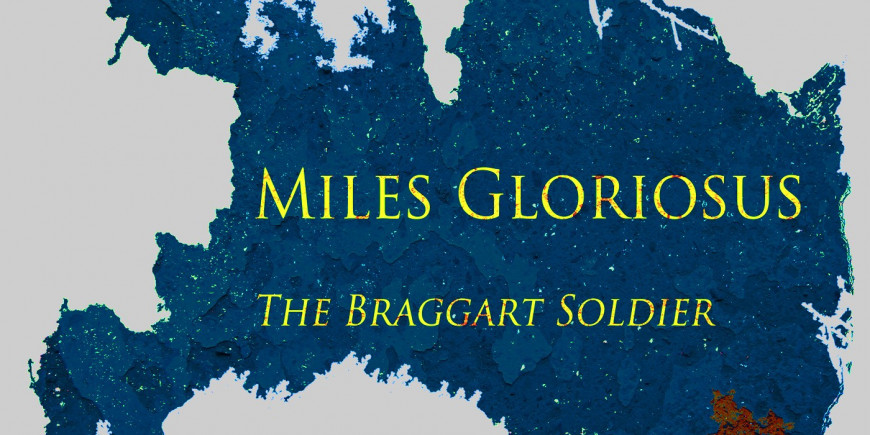 Miles Gloriosus (Braggart Warrior) is one of the best-known and liveliest Roman comedies. This one hour play by Plautus captures the hilarious fall of a boastful soldier, the rise of the clever slave who out-masters his master to find his freedom, and the charm of women outwitting their men—sometimes snapping silly iPhone "selfies" along the way—in a clever plot full of fast-moving action. Enjoy watching clever Palaestrio and a cast of Roman characters topple the super-star soldier, who considers himself to be as colossal as Jupiter and more handsome than Achilles. This comedy led by swaggering men, pretty party girls, and artful slaves coincides with the ancient celebration of the Rites of Spring, which took place every April. Just as such theatrical performances might have been mixed with a little drinking and springtime frolicking, in which the real hero will always be Dionysos, the Classics Department and S.P.A.C.E. invite you to imbibe in our folly.