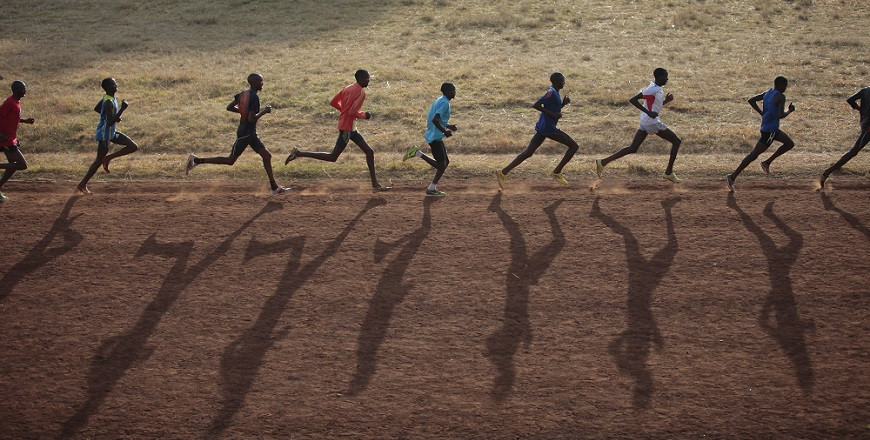 When Kenya is overrun by guns, the government introduces a glitch: anyone can trade in their guns for amnesty and a pair of running shoes. A new documentary, GUN RUNNERS, written and directed by Anjali Nayar, tells the story of two friends who accept this offer in the hopes of making it big as marathon runners. Nominated by the Academy of Canadian Cinema and Television for Best Cinematography in a Feature Length Documentary, and recently shown at the Palm Springs International Film Festival, this powerful documentary gives us a glimpse of the impact of the proliferation of small arms in Kenya, the fragile livelihoods of their families that are at stake, and the lives of two friends and their community.

A video recording from director Anjali Nayar, as well as a Q&A with producer Kat Baulu will follow the screening.

Photo Credit: Georgina Goodwin
Gun Runners was written and directed by Anjali Nayar
A National Film Board of Canada production

Kat Baulu, Producer
As a creative producer, Kat Baulu stimulates and supports auteurs in documentary, animation and interactive at the National Film Board of Canada. Her inspiration comes from raising underrepresented voices and generating stories with social impact. Kat is presently releasing her feature documentary Gun Runners, directed by emerging director Anjali Nayar. She is currently in production on two films in Nunatsiavut and Nunavik with first-time filmmakers. Kat is a graduate of Dawson’s pre-med program, Film Production at Concordia University, The Canadian Film Centre and The Salt Institute for Documentary Studies in Maine, USA. In 2007, Kat attended University of Otago in New Zealand on a Rotary Ambassadorial Scholarship to gain a post graduate degree in science communication and wildlife filmmaking. In 2013, Kat completed her degree in Interactive Media Studies at L'Institut national de l'image et du son, in Montreal.