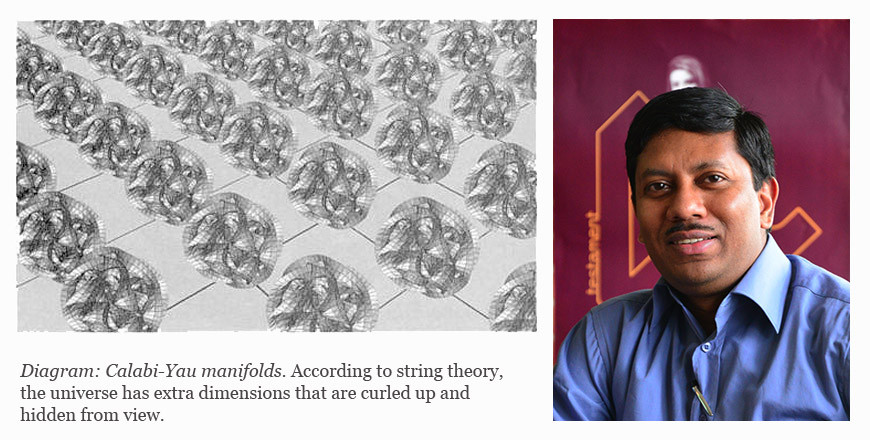 The Amazing World of String Theory

In this talk Professor Keshav Dasgupta from the McGill Physics Department traces the important ideas in the history of modern physics that have given rise to String theory. String theory, a broad and rich field of theoretical physics, was developed to address a number of deep questions in fundamental physics and is most famously known as an attempt to formulate a "Theory of Everything".

More about this talk

Dr. Keshav Dasgupta obtained his PhD at the Tata Instutude of Fundamental Research in Mumbai, India. He then worked as a Postdoc in prestigious universities such as Princeton and Stanford. He subsequently visited University of Illinois as an assistant professor before coming to McGill University in Montreal where he has been an Associate Professor since 2010.